Diacko was a handsome baby. In fact, the other villagers would stop Youma, while they were out and about, to tell her how very good looking her little boy was. Then, when he was about three years old, his legs began to bow outwards, and slowly the admiring glances became filled with pity and scorn. The complements turned to repeated advice to visit doctors and have it fixed before it got worse. “We didn’t have money for that,” says Youma. “So, I stayed home, waiting for something to come from God.”

As he grew older Diacko stopped venturing too far from home and would often return sooner than expected. Even his friends would mock him, taunting him and calling him “Diacko, the bowlegged boy!” He didn’t like being teased, and sometimes would respond by saying“I will let you wrestle with God, who will judge us.”

In spite of his social strife, Diacko was still growing up to become a conscientious young boy, who would pride himself on his cleanliness and neat appearance. He would go to the river daily and wash himself and his dirty clothes, before putting on a clean outfit. Often in the evenings his limbs would ache and Youma would massage the painful muscles in his legs. The winter would affect him quite badly, and Youma would have to encourage him to get out of bed in the chilly mornings.

In the year that Diacko was to start going to school, Youma saw a television advertisement, about Mercy Ships. “At first I couldn’t understand what it was about,” says Youma, “but when someone explained to me that a ship is coming to Senegal and can offer surgery to my son, I decided to find out more.”

The majority of the villagers were very suspicious of this gift of free healthcare. In fact, now everyone was advising them not to go, saying “It’s not safe, you don’t know what will happen.” Or: “Perhaps they are only pretending to give free surgery and you will be kidnapped…” The fears and rumors ran rife, but Youma decided that she was prepared to take any risk to help Diacko.

Mother and son travelled from Matam to Dakar in a Mercy Ships vehicle. They were not alone. There were three other children and their caretakers in the same car and, over the next few months, firm friendships would develop between them.

Once Diacko was admitted to the hospital onboard the Africa Mercy, he met more children, who suffered from the same condition he did. And after his little legs were operated on, straightened and then put into casts to heal, he was showered with care and attention by the medical staff and the day crew. Many weeks passed and sometimes the healing process was tough for this brave little boy, but he was surrounded by love and support, and his mother was never far away. 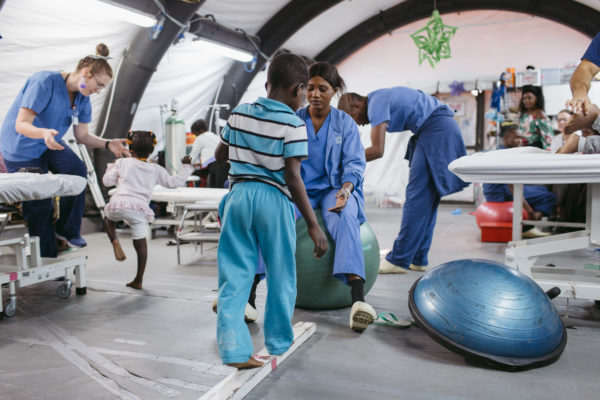 Youma began to feel more and more vindicated in her decision to trust Mercy Ships. The two decided to keep Diacko’s newly straightened legs a secret, wanting to save the surprise for their eventual return to their village. People back home would call to find how he was doing. They were also curious about the ship, and the conditions, they were living in. Youma would simply respond: “Sometimes I forget I am not in my house, as I am so well treated.”

Diacko tackled rehabilitation and the exercises he was given by the physiotherapists with earnest determination. It wasn’t easy, but he would push on through and every day there would be some improvement in his strength and movement. Youma sings the rehabilitation teams praises, saying: “What they do here, we cannot do it, even if we try. Our children will get upset if we push them too much, and then we may stop.” Finally, it was time for Diacko to go home, and what a spectacular homecoming it was. He has become a minor celebrity in the village and his story of hope and healing will probably be told for decades to come.

This whole experience has brought mother and son even closer than they were before. “We achieved this dream together,” says Youma. “I was dreaming that he would be healed, and he trusted me.” Life is so different now, the two say it’s hard to believe that Diacko ever had bowlegs.

When many said it was not possible, a mother believed that it was. And her son was healed. 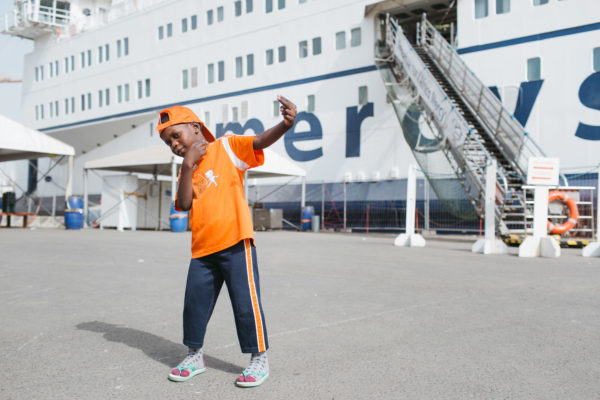 This is the unedited version of Diacko’s story. The photographs used here were taken by Lara Arkinsal, a photographer from Australia. The photograph of Diacko on the tricycle is one of John Seddon’s (from the UK).

“I’m strong, I walk alone, and my legs are straight”

Six-year old Satou is a happy, sociable child who loves being around people. As much as she wanted to be…