All Aissatou hoped for

When shy and reserved 45-year-old Aissatou heard a radio broadcast about Mercy Ships pending arrival in Senegal, she immediately told her husband Samba. She knew a surgery to mend her cleft lip would change many things in her life. “If they fix my lips, I will have health. With my mouth like this, dust and germs enter,” she said. “I will also be free in the society, because I will be like others.”

As a child growing up in a remote village, Aissatou had no access to a school. This meant that she was shielded from the unkind taunts of children…until she was a teenager. She remembers how people would either laugh or shrink away from her when she went out, and as a result she contracted more and more into herself. 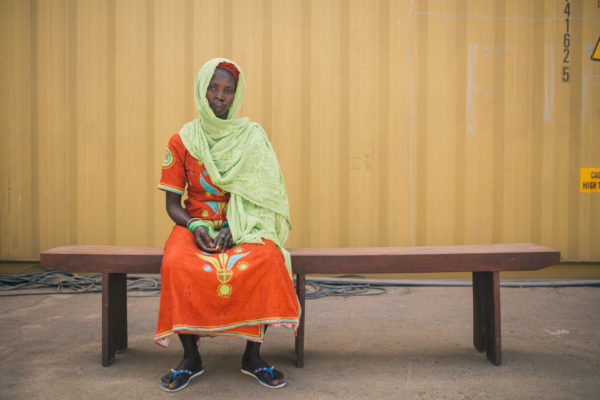 As she matured there were no opportunities to have her cleft lip fixed, and she accepted that this was how she was meant to walk the earth. She was fortunate to meet a man who accepted her, exactly as she was. They got married and had children. Sadly, tragedy struck, and her first husband died. Thank God for Samba, who also loved her freely, exactly as she was. He became her pillar of support.

People in their village would say: “Aissatou, you are not like everyone.” or “You are a bad person. Go away.” It was very difficult for her, as even when people did speak to her, they would avert their gazes. Samba would be quick to jump to his wife’s defense, telling the villagers: “If I hear someone being disrespectful to Aissatou, I will not make it easy for them!”

When she was given a date for surgery onboard the Africa Mercy in Dakar, Aissatou and Samba were both over the moon. Unfortunately, they missed the Mercy Ships vehicle that transported patients to Dakar, so had to brave public transport to travel the eleven hours to the nation’s capital. Once in Dakar, Aissatou checked into the Hospital Patient Extension (HOPE) Center, in anticipation of being able to check into the ship’s hospital the next day. Samba stayed with friends in Rufisque, about an hour from Dakar. He intended to be close by, so that he could see her again as soon as possible.

Aissatou’s journey to healing took longer than expected, as her surgery date had to be moved twice. After examining her, the hospital admissions doctor felt her body was not quite strong enough to support her healing after the operation. She was given some medication and prescribed a nutritional diet which was prepared for her at the HOPE Center. The Mercy Ships medical volunteers and the day crew took good care of her and tried to keep her motivated and positive. Yet as the weeks went by, no matter how optimistic everyone else was about her situation, every delay added a little more doubt and fear that the day of her surgery may never come. 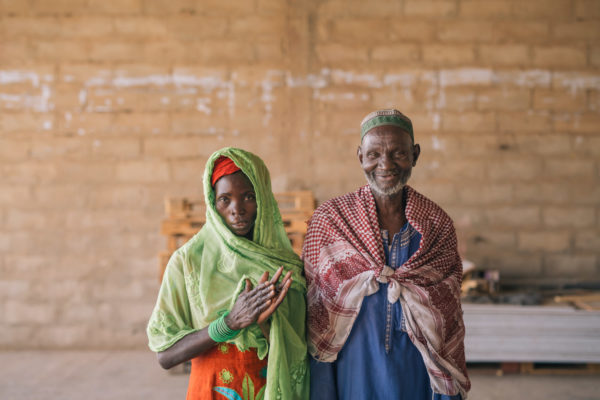 But it did! And praise God, her body was strong, and her wound healed well.

By the time Samba and Aissatou were reunited, a month-and-a-half had passed. And the very first time Samba saw his beautiful Aissatou without her disfiguring cleft lip, he was amazed and overjoyed. He could not stop smiling or take his eyes off her, saying “Mercy Ships has given us a victory! “Now they (the villagers) will be ashamed. She is fine now. She is like them.”

Aissatou was moved to tears by the reunion, saying “I’m so happy. But I can hardly speak. Thank you, Mercy Ships.”

There were so many people onboard the ship (and in other countries) invested in Aissatou’s story, and  it was wonderful to be able to write a story about an adult life being transformed. This is the unedited version of her story. The photographs used here were taken by John Seddon, a videographer and photographer from the United Kingdom.