Last weekend I had a fabulously restful two nights and two days off ship. I spent it at the home of a lovely couple, Petra and Fred, from the Dakar German Embassy. They have been in the city for a year-and-a-half of their intended four and it’s been really interesting to see Dakar through their eyes. I also gained a little insight into what embassies do and have come to the conclusion that this would have been an interesting career path for me… if only I’d known or thought about pursuing it before.

For two whole nights I had an entire bedroom and bathroom to myself! It did feel a little too roomy initially, and I think I may have suffered a short bout of withdrawal from the Africa Mercy’s night noises, until I fell asleep…to be awoken hours later by singing birds! (I actually made a recording of my local early birds and Poppy purring before I left South Africa but decided not to torture myself by listening to those just yet.)

Saturday was a lovely lazy day spent on the terrace or by the pool, with some delicious home cooking thrown in… On Sunday we went to a church service at a monastery (Keur Moussa), which was mainly in French or Wolof, so I didn’t understand much. It was beautiful, peaceful and harmonious, and the murals inside the church and the wooden carvings were beautiful too. And after the service all the parishioners went straight to the little shop that sells local produce (dried fruit, fruit juices, nuts, fresh produce etc) made by the monastery. And, so did we! 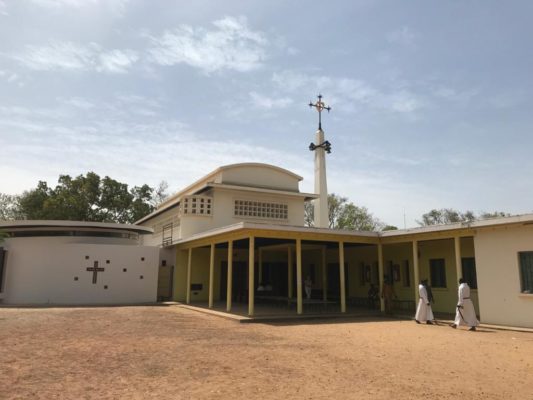 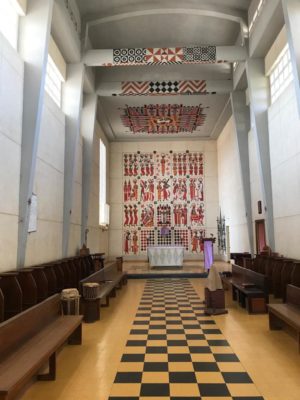 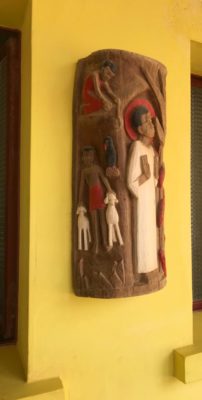 We then set off to have some lunch at Le Simone, a little seaside resort, that is quite popular with tourists. I totally owned the tourist label and kept asking that we stop so that I could take photographs… of donkey carts, baobabs, street art… I continued owning the label when we got to the restaurant… and was especially thrilled to see a South African table. 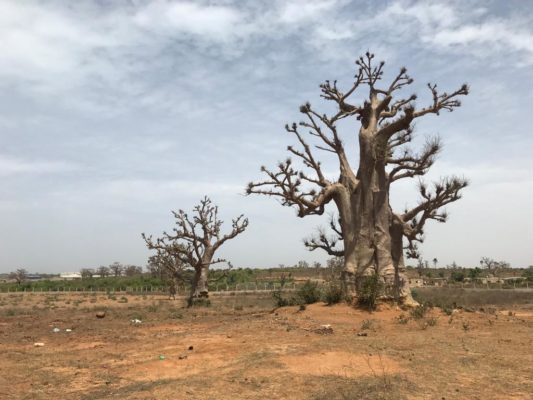 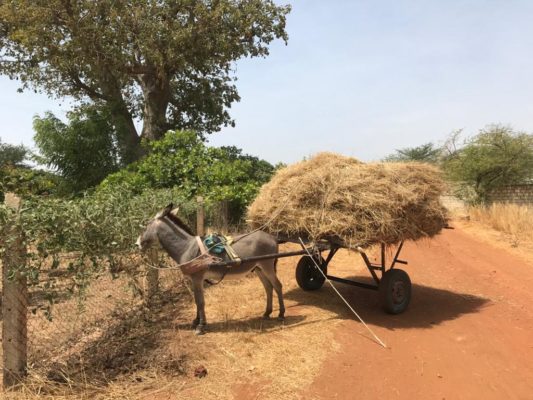 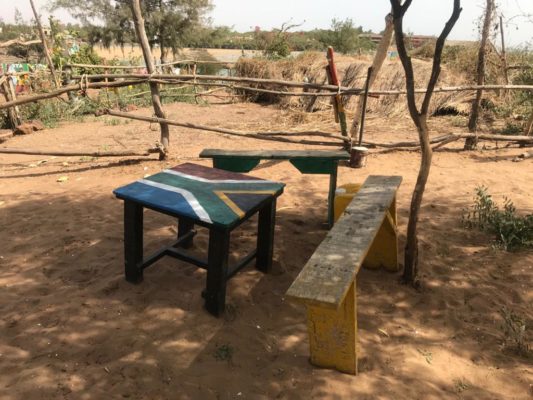 I was dropped off back at the ship after a dinner of German sausages, gherkins and some fine red wine, and a promise that I would come visit again and prepare a meal for Petra and Fred – something with a slight South African twist…

Having this short break and some real alone time when my hosts were out on Saturday morning was very precious. and I came back to the ship refuelled, although to be honest, it did take me a day or two to get back into life onboard.

In spite of this being a relatively contained and comfortable environment, I still think that during my short time here my horizons are constantly being broadened. In some ways I almost feel as though my world before was smaller. Which seems like the strangest thing to say, being that I’ve always felt my life has been full and eventful. Perhaps this is something I will explore in more depth another time.

In terms of the last two work weeks, they have raced by and are a bit of a blur. I’m constantly amazed as to how much we manage to fit into a day here. My alarm goes off at just after six, and I make it to the 06H15 gym class, to shower and change, have breakfast and get to my desk often well before eight. Often, it’s possible to research and/or interviews people onboard the ship or on the dock, although this week I did go off ship on Tuesday and Thursday for two of Mercy Ships medical capacity building programmes and mentorship here in Dakar. It’s easy to pop downstairs to the hospital to visit patients, or chat to the nurses or the physios in the rehab tent. I definitely haven’t worked past six in the evening as well, so am enjoying the luxury of doing other stuff after hours (mostly reading or just hanging around and chatting). Today I even dyed my hair, as currently there is no hairdresser on board, but I hear that someone is on their way…

And as there is crew who have volunteered to work in the galley and in the dining room, we don’t have to prepare our own meals or wash our own dishes (although there is a crew galley if you wanted to cook etc.) The food is generally pretty good, we’ve even had prawns once! As I’ve mentioned before there are also a host of meetings during the week, and this past Wednesday we had a community meeting specifically about COVID-19. I think there have been four cases in Dakar thus far, and I think that big get togethers have been cancelled – it’s all in the news and easily available via google.

Here on the ship the atmosphere is pretty calm onboard. Since I’ve been here there has been a chickenpox and an influenza outbreak which was well contained. Mercy Ships crisis management team is planning for all various scenarios and in the meantime, we are sticking to our already intense disinfecting / hand washing protocols and all the other guidelines the rest of the world are following. There are many of us who are now working especially hard at unlearning touching our T-zone…

I’m hoping COVID-19 doesn’t scupper too many travel plans, and that airlines won’t have to cancel too many flights, and in fact, that they survive. My next flight is booked for 3 June to Zurich, from Dakar, via Madrid. I’m holding off booking my Texas flight for a bit to see what happens with regards to international travel. I guess we’re all watching this space…

After three flights (Dakar to Bamako, Bamako to Nairobi, Nairobi to Johannesburg) and half an hour from OR Tambo to…

A lecture and a home visit

Today is a ship holiday. We have a long weekend every six weeks, and this is my first, so I’m…