It’s easy to tell the five-year-old twin’s apart once you have the opportunity to get to know their personalities – Ousseynou is outgoing and cheeky, while Assane is quiet and reserved. If you were seeing them for the very first time though, and you didn’t know that Ousseynou has a little scar on his forehead, you would not be able to tell the two apart.

They share more than just their good looks – they both developed an identical condition that saw their legs curving outward at the knee. As the twins grew older, their knees grew further apart. And as their deformity became more apparent, society began pushing them further away.

The twin’s parents, Abdukka and Awa, accepted that this was Allah’s will. Nevertheless, it was a challenging time for the family. “It was hard for us. We knew that the neighbors were laughing about the twin’s appearance,” says Awa. “We could not hide Ousseynou and Assane away, so we all had to live with people treating them as inferior.”

Mame Sor, a nurse at the local clinic has known the twins since they were a year old. Unfortunately, when their condition became apparent, she was unable to identify or remedy it. However, she began to champion their cause and appointed herself as their guardian angel. She joined the twin’s parents in their prayers for healing and also never gave up hope that they would find a solution.

When Mame Sor heard about Mercy Ships coming to Senegal she shared this exciting news with Awa and arranged to collect the boys and their mother to drive them to the patient registration in Kaffrine. Days before the twins were due to see a surgeon, she drove Awa, the twins and their aunt the three-hundred-and-forty-three kilometers from Missira to Dakar. This was the furthest the twins had ever been away from home, but the closest they had ever been to finding healing.

It was also the first time any of them had seen a ship. Awa was a bit nervous about all of these new experiences, and even more so when the nurses came to take Ousseynou and then Assane to the operating theatres. She was relieved to have the twin’s aunt by her side. After the operation, when her boys were wheeled out sporting their respective blue and turquoise casts, she was all smiles! “When they came back to the ward after the surgery and their legs were straight in their casts, I was so, so very happy,” says Awa. 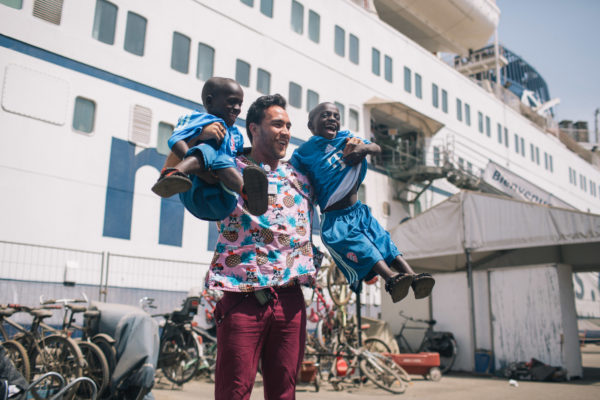 During the weeks following the surgery the twins crept into the hearts of the volunteer and day crew on Africa Mercy. The rehab team put them through their paces. First gently as they wobbled around on newly straightened legs, still in casts and with the assistance of walkers. They were discharged to the hospital outpatient extension (HOPE Center) where they continued their rehabilitation along with the many other young orthopedic patients they befriended.

Once their casts came off, the physio sessions became a bit tougher. The goal was to improve their range of motion as well as their balance and strength. Eventually, the twins were moving faster and more confidently than they had been able to before. “Since I gave birth to Ousseynou and Assane, I have never seen them run,” says Awa. “The surgeries created this opportunity. It is something that comes only once in a lifetime.” 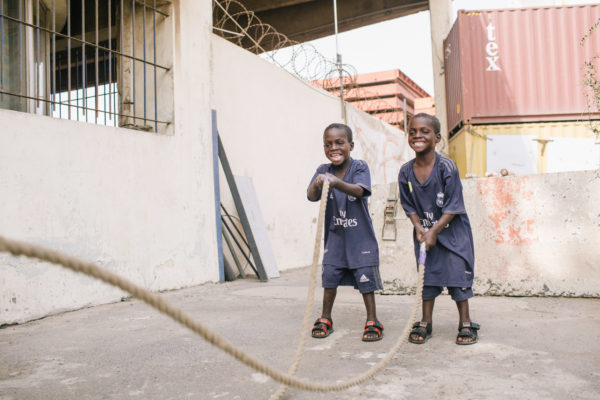 And when they turn seven, the twins will be able to start school, blend in with the other children. They will be standing tall and confidently on legs that were bowed before.

Awa is so proud of her boys. “I was living with doubt about their future, but the hard part of their life is over now,” says Awa. She feels that now that they have straight legs they have already succeeded. “I don’t know any soldiers, but I can see that my boys are strong, and I would love for them to serve their country!” 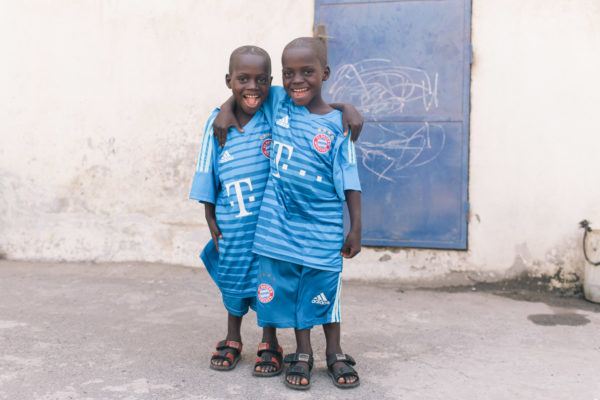 Ousseynou and Assane really crept into the hearts of the crew, and it was fun to watch how they would try to fool people into thinking they were the other twin. This is the unedited version of their story. The photographs used here were taken by Lara Arkinsal, a photographer from Australia.

All Aissatou hoped for

When shy and reserved 45-year-old Aissatou heard a radio broadcast about Mercy Ships pending arrival in Senegal, she immediately told…

Diacko was a handsome baby. In fact, the other villagers would stop Youma, while they were out and about, to…