Last week there was a wedding in the United Kingdom. Alright, so there were probably numerous weddings around the world on that particular day, but this one was extra special. Here’s my version of this romantic tale…

A man, twice divorced, disillusioned, a little bitter, and who had vowed he would never walk down the aisle again during this lifetime, donned his bell bottoms last Tuesday, in preparation for the giant I-do leap. Resigned to his fate of having and holding, from this day forward, for better, for worse, for richer, for poorer, for etcetera etcetera, he visited the restroom for a last peak at himself in the mirror as a single man. He slapped on some aftershave, took a deep breath, and prayed that everyone would forever hold their peace when asked. Yes, he was ready! 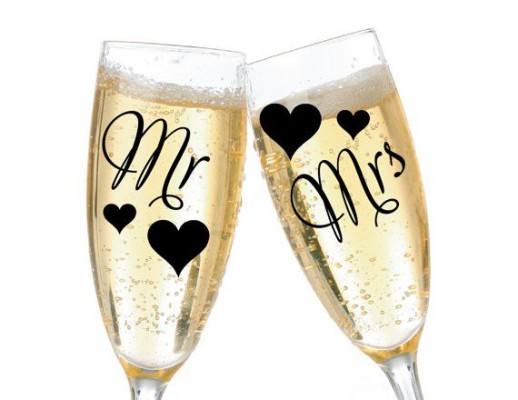 His betrothed, now wife, is known for being able to keep her cool in a crisis, and as far as I am aware there was none. There were no foxes to be rescued, no felines to fix, no animals to heal, no horses to heed. Tuesday was all about tying the knot. She even wore heels! The groom getting stuck in the mud was a snag easily overcome, and the two managed to get to the Ceremony Room on time. They said I do, he kissed the bride, and the rest, as they say, is history.

I’m far from being an expert on the matter of marriage, but that doesn’t stop me from being a great believer in the institution. Obviously one does need to be a little discerning about who one is going to meet at the church T-junction, but being an extreme romantic, I think everyone in love should get hitched.

Two of my South African girl friends will be walking down the aisle this September. I must say that wedding planning definitely sounds stressful, in particular when (in addition to finalising the guest list, the venue, the seating, how to involve each family, the dress, the food, and and and) the negotiation of lobola forms part of the pre-union proceedings. I’m not familiar with all the intricacies involved in this custom, but I admire the deep level of respect for family and culture that is being observed. This, in spite of the process being drawn out, which must have been very frustrating for this couple.

What I have noticed in those relationships around me that seem to be working, is that the partners find one another interesting and fascinating, take the time to talk, love and respect each other, and have their spouses backs. And this last sentence pretty much sums up why I believe that the wedding in the UK last Tuesday is extra special.

Oh yes… if any of my other friends who’re in love are reading this, just thought I’d mention that I have more than two dresses that haven’t seen the light of day in a while… and that I love dancing, and champagne, and witnessing I do’s…