There’s a lot of animal action around the neighbourhood at the moment. In particular in the wee hours of the night. It seems that the creatures have also emerged from lockdown and are using the property’s borders as a highway to move between appointments. Or perhaps it’s just that time of year, and I haven’t been as aware of them, as I have been this past week. They wake up the neighbourhood dogs, including Bruno, and then everyone joins the commotion – even the peacocks and the hadidas. Roll on summer!

Marinus is away this week, enjoying some of the travel privileges that come with SA’s level 2 lockdown. So, I’ve also been visiting and feeding Poppy and Manito next door. The other day I came across some rabbit hindlegs in his garden… Surely one of those soft little kitty noses that I’ve been kissing every morning and evening have not savaged a soft and sweet, recently born kit? Oh, I hope not. It’s probably the owls, or the big lion cat that’s been on the prowl. Or maybe the resident gymnogene or sparrow hawks I recently encountered while out with my walking buddy Linda…

With our load shedding being scheduled for 21h00 this week I’ve been going to bed relatively early. On Tuesday night, shortly after retiring, I heard a very, very loud noise. So loud in fact, that I thought it was entirely possible that the geyser had fallen through the roof next door. I decided to investigate and, using my Phone’s torch to guide me, I set off into the night. As I rounded the corner of the house and approached the carport, I saw a slight figure drop off the carport roof and into the garden next door. Guys… I can’t even begin to describe the places, in my body, that my heart went. Bruno, who had been barking earlier, was now with me and rushed straight towards the spot I’d seen the “cat burglar” disappear… I immediately mobilised forces – got my landlord out, who got the neighbour out, who got the armed response out, who arrived swiftly and swept the grounds with their torches, seeking the intruder.

A few moments into the excitement and the neighbour came out: “Is it possible, that it could have been a very big cat?”

I’m beginning to doubt myself… “Only if it was a really, really big lion cat,” I say.

“I only ask,” she says, “as a massive cat just passed by the bedroom. So big in fact, that I first thought the armed response had arrived with a dog.”

Okay. I’m beginning to feel a little foolish now. But in my defence, I’ve had enough break ins to err on the side of caution… but yes, we agree it must have been a very large, domestic cat, with a super long body. Come to think of it, I’m sure I’ve encountered this monster cat once before, earlier in lockdown, and prior to moving into Bruno’s Bungalow. Poppy and Manito had been acting kind of skittish. In fact, Manito came galloping through the kitchen door cat-flap late one night at such a pace, that we later located the actual flap in the lounge. Of course, I shot out of bed immediately assuming the worst… an intruder… and mobilised Marinus who emerged from his bedroom disgruntled and sleepy… Thank goodness for the broken cat-flap to back up my story.

But back to the bunny feet… I’m going with the owls being the culprits here… Random google fact: “Owls can’t carry a whole rabbit, so they just take the head.” It’s kind of cool living in suburbia, and having all this animal action transpire around me. There’s also a lot of bird life in the area, including the below special “spookvoël” grey-headed bush shrike couple recently spotted and photographed by Marinus in his garden. 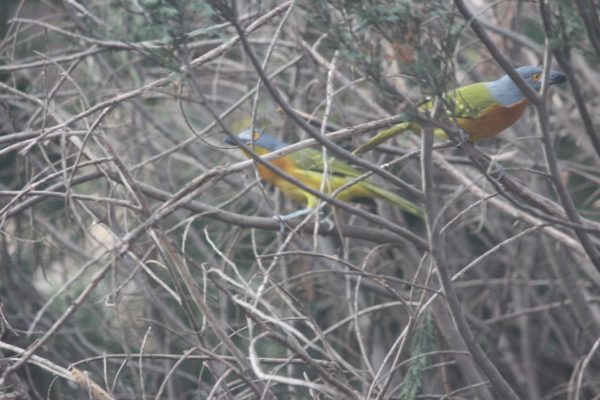 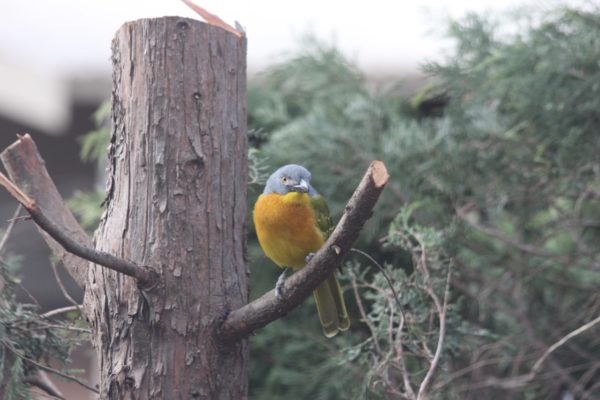 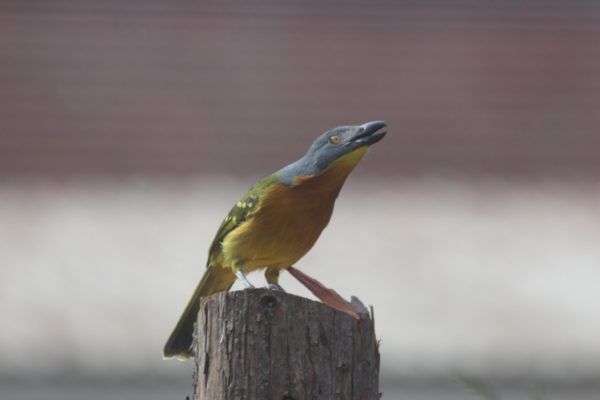 And there you have probably the most exciting parts of my thirty-sixth week of this year, thus far. Other highlights included some cool catch up with friends, lunch with my folks, lunch with my sis, a visit to the hairdresser, and a red-carpet worthy new hairstyle! Oh, and I booked some time away… but that’s for my random recaps of weeks 38 and 41.

Ever been on holiday at the other end of the country, and then driven home to Gauteng, all in one…

It was Vera’s birthday on Friday, and it was such a treat to have a family get together and to…